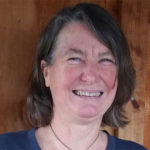 I grew up at Paremata on the coast north of Wellington, with a great love of the outdoors, and all NZ flora and fauna, encouraged by my Dad. I was first drawn to the Coast in 1971, and started my family here. Away back in Te Ika a Maui for a number of years, I enjoyed working in horticulture, and at a nursery specialising in NZ native plants.

I moved back to the Coast in 2002 after marrying Davey Bryan who looks after the creche. We live at Aratika near Lake Brunner where we have 3 dogs, gardens, chooks and bees.

I began working for the Trust as a volunteer in 2008, learning on the job, and ever since have been a part-time paid contractor. My work involves all aspects of the kiwi project, including monitoring the adult wild kiwi for breeding activity throughout the year, as well as the chicks in the crèche, and all the juveniles that we have released back into the wild. I am also the liaison officer between PWT with NZ conservation Volunteers who do regular working bees for the Trust. 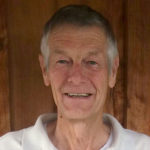 Trevor has a desire to see the PWT become an effective community group that plays a vital role in halting the decline of threatened species inhabiting the Paparoa Range. He has been with the Department of Conservation since Feb 1998 and is currently a Partnerships Ranger, engaging with community groups and businesses in an effort to grow New Zealand’s conservation effort.

Trevor is also a keen historian and published author, and lives with his wife Gail on their 15 hectares of land adjacent to the Trust’s kiwi crèche at Atarau. 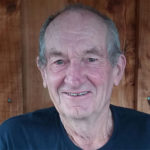 I am a retired Grey District councillor and a farmer and have lived all my life at Atarau in the foothills of the Paparoa’s.
I am privileged to live in a stunning part of the country with the Southern Alps to the east, Mount Cook between showers to the south and the Paparoa’s right on our doorstop to the North and west.

I am passionate about our backyard and proud to be a recent (2013) addition to the Paparoa Wildlife Trust. I share the same goals which are to advance and foster the sustainability of the good guys (kiwis, blue duck etc) and slaughter the predators.
I have had a long involvement with the West Coast Federated Farmers, New Zealand Rural Support Trust and the West Coast Co-op beef processing plant plus I am still involved in the Moonlight hall and biathlon committees plus other wider district community projects. 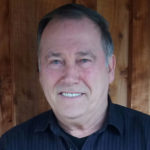 Originally born in Greymouth I moved to Blenheim in my younger years where I was a owner /operator Pharmacist for 45 years (and also a JP). I have enjoyed a lifetime interest in conservation and now, having moved back to the West Coast in my retirement are currently managing some 200 acres of lowland beech forest on my back doorstep along the Grey Valley in Atarau. I maintain a successful pest control program for a population of Powelliphanta living within the forest. 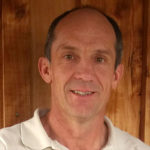 I was born and raised on the Coast where I live with my wife Zana and five children. I am a share milker on the family dairy farm in Atarau and am involved in the local hall and biathalon committees. I am a keen outdoors person and joined the Paparoa Wildlife Trust in 2013 where I hope to be able to learn more about our native species and the problems they face. 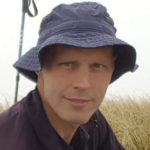 I come from a rural background in Mid Canterbury where I was introduced to the great outdoors, particularly hunting and fishing, from an early age. This developed an interest in NZ fauna which led me to University (M.Sc Ecology Otago) and ultimately to the West Coast where I have lived for nearly 17 years, firstly in Haast before moving to the Grey District.

I still get out and about and enjoy mountain biking, running and tramping with my wife Jo and two children Daniel and Emma.